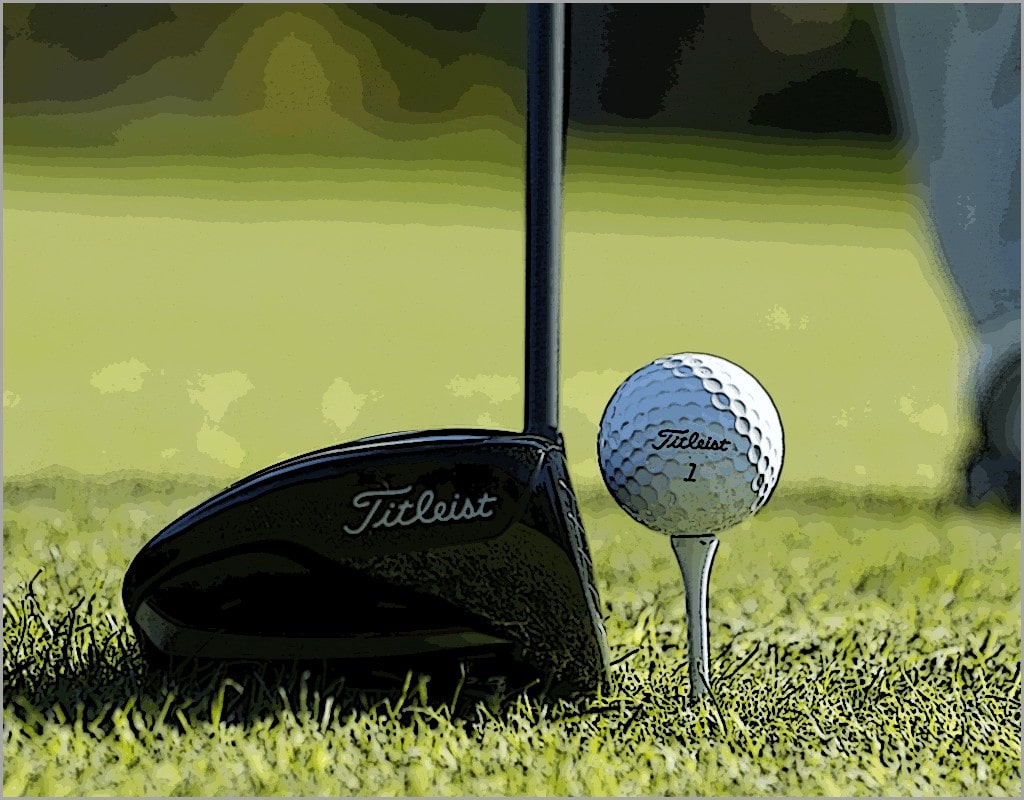 Every day about 4:00 PM, I get an urge to hit a golf ball. Because the “pull” is so strong, I sometimes refer to it as an addiction. But in the final analysis, I can control it, so let’s stay with the word urge.

Why I get this feeling has been a source of much introspection and wonder. On the surface, it doesn’t make any sense. What is fun about motoring to a driving range, parking, putting on golf shoes, buying an eight dollar bucket of balls and them hitting them one by one until they’re all gone? When I’m finished, my shirt is usually soaked with sweat, my legs are sore, my middle-aged back is tight and I need a shower. In spite of this, on many levels, the experience is very satisfying.

I’ve played many sports in my time. Tennis, football, baseball, basketball, bowling, soccer, wrestling, badminton, and many others have vied for my attention. But in the final analysis, I believe the essence and charm of each are the same. The purity of cause and effect combined with intermittent positive reinforcement make the allure of sport almost irresistible to many practitioners.

The “pull” in me is so strong, that I eventually chose golf mainly because I could get my “fix” without needing anyone else. Before I was a golf addict, I was a tennis addict. But playing tennis on a regular basis (every night) became too unpredictable and hence, unfulfilling. You never knew who might show up on league nights, and calling others to arrange matches can be a hassle. Golf, on the other hand, depends only on the weather; and you can even play in the rain as long as there is no lightning. Many, like myself, would even brave lightning except the golf course staff usually close at the first flash and chase everyone out of the facility. They’re weak.

I am often amused at those individuals that love to watch sports but do not play sports. I know people that can quote every game score from the previous evening, but have never played the games they “love.” I’ve also met people so competitive, that everything is a contest. It doesn’t matter whether your tossing paper at a basket or speeding toward a lunch destination, everything is a competition. I don’t consider either of these types sportsmen.

I believe true sportsmen, that play for the love of the activity, possess an understanding of sport on an entirely different level. Interestingly, the word “love” as used in tennis, represents zero points. Historically, if your tennis score is zero, it was said you were playing for “love.”

Score, even of my own matches is almost irrelevant. Certainly winning is important and the score is the best way to chart progress, but more important to me is purity of purpose – being the best I can be on any given day within the confines of rules and decorum, regardless of physical, mental, environmental, or material distraction. It can be quite satisfying to shoot a good (not great) score on a day when your “A” game is simply not present.

In an individual sport such as golf, the game is not with the others in your foursome, it’s against the course and yourself. There is no defense in golf. You can’t control what others do. You can only apply your skills of course management and ball striking to the task at hand and hope for the best.

I’ve heard many pro golfers say that in a round of golf when around 72 shots are struck, only a few of those shots are struck exactly as intended. Jack Nicklaus once said after shooting a round of 70, that only eight shots, that he could remember, flew exactly as he wanted them to. Although every golfer intends to hit every ball to a specific spot on the course, the reality is that in spite of your best effort, only a few shots do what you want them to do with regard to flight, distance, and direction. This random and intermittent positive reinforcement creates a strong addiction. It’s much like a Las Vegas slot machine. You put the same amount of effort into every shot, but only a few “pay off” the way you want them to. Standing over every ball you simultaneously feel the promise of a spectacular shot and the fear of a duff. As a golfer matures and his skill improves, the game becomes more about managing misses, than about hitting spectacular shots. Interestingly, after a round of golf, you only seem to remember the “jackpots” – the great shots.

Even novice golfers occasionally play a golf hole well, achieving a par (what a pro would shoot) or even a birdie (one stroke under what a pro would shoot). This is where the addiction begins. In the golfer’s mind, the thinking is: “If I can par this hole, theoretically, I should be able to par all the holes.” But hitting a golf ball is one of the hardest motor skills I have ever attempted. Even world class players must practice every day (with swing coaches at their side) to par “all the holes.” Your mind tells you it’s possible and theoretically, it is, but improving your golf swing is an exercise of diminishing returns. You must spend ever-increasing amounts of time to reap ever diminishing increments of ability.

This brings us to the other allure of sportsmanship – the purity of cause and effect. Few activities in life indicate as clearly that we “reap what we sow.” The more work you put into a sport, the better you get. But be careful, the word work here doesn’t mean only physical practice. Contrary to popular belief, practice doesn’t make perfect. Only perfect practice makes perfect. To practice perfectly, a sportsman must also work at learning to improve his skills and then apply what he has learned.