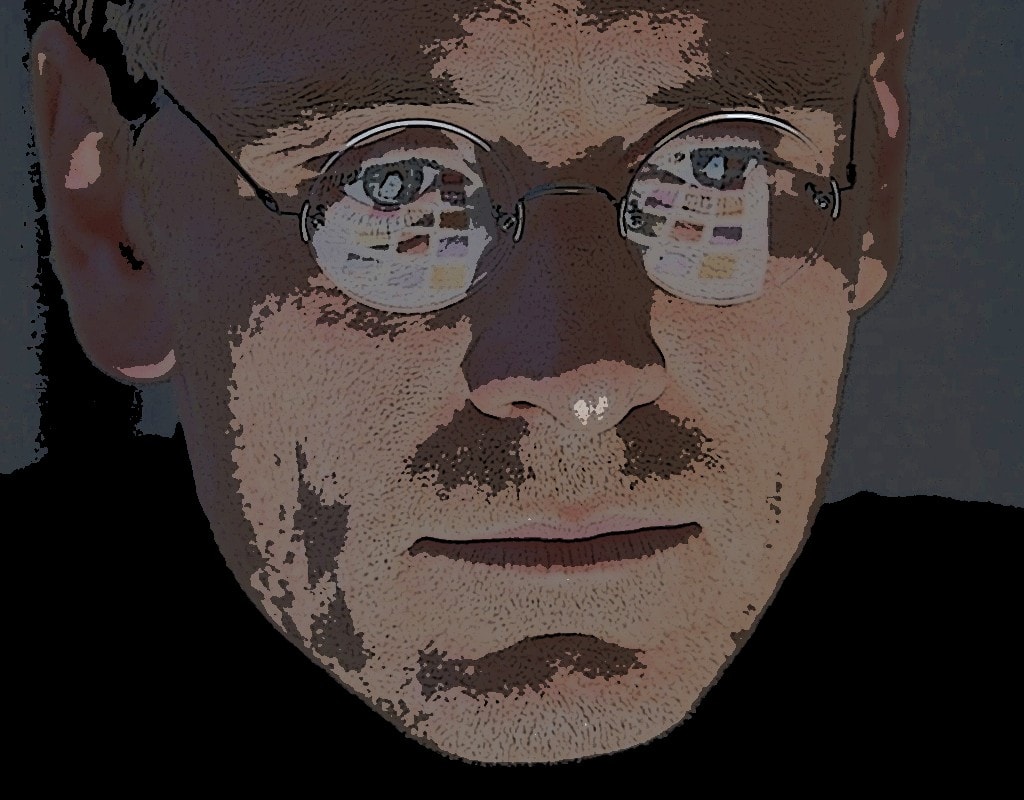 I’m a huge Steve Jobs fan. I’ve probably read every book, seen every movie, and watched every interview on the subject. When I heard about the new film, written by Aaron Sorkin and directed by Danny Boyle, I was at first excited. Danny Boyle directed one of my very favorite movies, Train Spotting, and many other critically acclaimed films such as Slum Dog Millionaire and 127 Hours. Aaron Sorkin is most famous for writing the screenplay for The Social Network and has a reputation for writing smart, funny, technically engaging screenplays. So after a couple of very bad Jobs movies, the latest starring Ashton Kutcher, most tech pundits agree, this movie would be “the” Steve Jobs movie.

But as the movie began to screen in limited release, many of my favorite tech writers were panning the film, claiming it was inaccurate. Whole scenes were said to be fabricated, characters appear at events they never attended and at historically incorrect times. This is in spite of the fact that Steve Wozniak was paid a reported $200k to serve as a technical advisor. The line was that the film was technically beautiful, the actors were compelling, but the film was so factually inaccurate, that if you knew anything about the subject matter, you just couldn’t enjoy it. Your mind couldn’t get past the inaccuracies. One of my favorite podcast tech pundits, Leo Laporte (www.Leoville.com), even said he might have enjoyed it if it had been called “Steve Hobbs”, suggesting it would have made a great fictional film.

It was also rumored that Laurene Powell Jobs, wife of the late Steve Jobs, hated the script so much she pressured actors Christian Bale and Leonardo DiCaprio to not accept the lead role. Both actors were offered the role and both declined.

Making matters worse, as a history buff and an amateur documentarian, I’ve wrestled for years with the idea of misrepresenting historical events. Creating mythologies by perverting history does a huge disservice to future generations and those unwilling to dig deeper. The truth is hard enough to discover without filmmakers intentionally lying in dramatic fashion. After listening to the swirl of controversies, I was intensely disappointed and vowed to wait until the film came to Netflix to screen it.

But when it opened this weekend, six miles from my house, I couldn’t resist the temptation. Reluctantly, I went to Phipps Plaza, got stoned in the parking garage, and prepared to see a movie butchering the memory of one of my greatest heroes. What else could I do? I’d been studying the subject for years. Whether the film was good or bad, I had to add it to my catalog of reference material.

Well, after seeing the film, I can report that it’s a masterpiece, worthy of Oscar consideration. The film is not a historical representation, but rather a gonzo work of art. It mashes up, fabricates, and exaggerates historical events, to create a picture and an emotional ride that more accurately confers what it might have been like to know Steve than any historian timeline could have.

Left-brain thinkers aren’t getting this and it’s ironic. One of the main story arcs of the movie is the philosophical argument between the left brain, Woz, and the right brain Steve. Woz, the consummate engineer, wants to create an inexpensive, practical device for computer people like himself, … a product. Jobs the consummate artist, has a much grander vision. He wants to change the way people live and work, he wants to create a future that can’t be imagined by those without an artist’s vision. “Musicians play instruments, conductors play the orchestra,” Jobs tells Woz. The movie is not about a series of historical events, but rather an emotional portrait of a brilliant, yet flawed man and his unshakable belief in his vision of the future.

The film is an opera, using three seminal events to tell the story, the stage presentation launching the original Macintosh, the stage presentation launching the NeXT Cube, and the stage presentation launching the Bondi blue iMac. The film doesn’t show the actual events but rather mashes up a fictionalized representation of the hours leading up to the events. All three acts are tied together with a brilliant montage of news announcements, and interviews. Each event uses flashbacks to fill in the back story. Interestingly, the writer chooses two horrible commercial failures, to tell the majority of the story – the Original 128k Macintosh and NeXT Cube. Even during the scene launching of the original iMac, it’s not clear to the characters that the machine will be a success. The film, therefore, concerns itself with how Jobs deals with failure and maintains his belief in his vision, while the world outside his “reality distortion field” is closing in on him.

The film uses this backdrop to tell several story arcs. Each arc is meant to symbolize a defining trait of a complex individual. There’s the arc between Woz (Seth Rogen) and Steve(Michael Fassbender) regarding the vision of the computer and their contributions individual contributions to Apple. There’s the Jobs, employee relationship arc, which is represented by brilliant Macintosh engineer Andy Hertzfeld(Michael Stuhlbarg), depicting Jobs as a relentless taskmaster, driving engineers to heights not thought possible. There’s the Jobs, John Sculley(Jeff Daniels) vision conflict. “Artists lead, hacks ask for a show of hands”, Jobs jibes him at a board meeting. There’s the Jobs, Joanna Hoffman(Kate Winslet) arc, representing the “realists” attempting to “ground” Jobs and “set realistic expectations”. But the most touching and controversial is the relationship arc between Jobs and his daughter Lisa(Makenzie Moss, Ripley Sobo, and Perla Haney). This arc paints a picture of a man at first in denial, then unable to emotionally connect, and finally caught in a crisis of conscience.

The screenplay is brilliant. Thinking about it I’m reminded of Hunter S. Thompson’s gonzo piece on the Kentucky Derby. In that piece, Hunter wrote about everything but the race. He exaggerated and outright fabricated scenes for comic purpose, and in the process conveyed a feeling truer than if he had simply related the facts. I think Sorkin does the same thing here. The difference is his version of gonzo paints a complex emotional picture rather than a comic picture. It works.

Danny Boyle moves the story along at just the right pace and tone. Technical and philosophical material like this could easily drag. But Boyle uses interesting sets, fast camera movement, quick cuts, and montages to keep it moving. Some pundits have blasted him for misrepresenting the Job’s “Come to Jesus” scene with Scully. But the storm and dramatic lighting add a feeling of dread, symbolizing the “sick in the pit of your stomach” feeling Jobs must have felt when being told he was basically being fired from the company he co-founded.

There are so many great scenes and dialogue bits in this movie, that it’s hard to pick one as symbolic. But for me, the scene that stands out is a scene where Lisa’s mother, Christen Brennan(Katherine Waterston)is backstage pleading with Jobs for child support. She sees the original Macintosh sitting on a table and asks, “Is that it? What does it do?”

Jobs takes young Lisa, puts her hand on the mouse, and says, “You don’t have to, but you can play with it if you want. Don’t be afraid, you can’t break it.”

Jobs and Chrisann continue debating child support. After about five minutes, Jobs takes the computer by the handle, turns it around, and shows Chrisann an abstract artwork Lisa created in MacPaint. “This is what it does,” Jobs says. Like so many others that “just don’t get it,” Chrisann is not impressed by the simple artwork.

The uninitiated may think the simple painting is what he’s talking about. The truth is much more complex. The “what it does” to Jobs is the enabling of a five-year-old, with no computer experience, no instruction, and no manual, to intuitively create real work in five minutes. That is the kind of vision that changes the world.