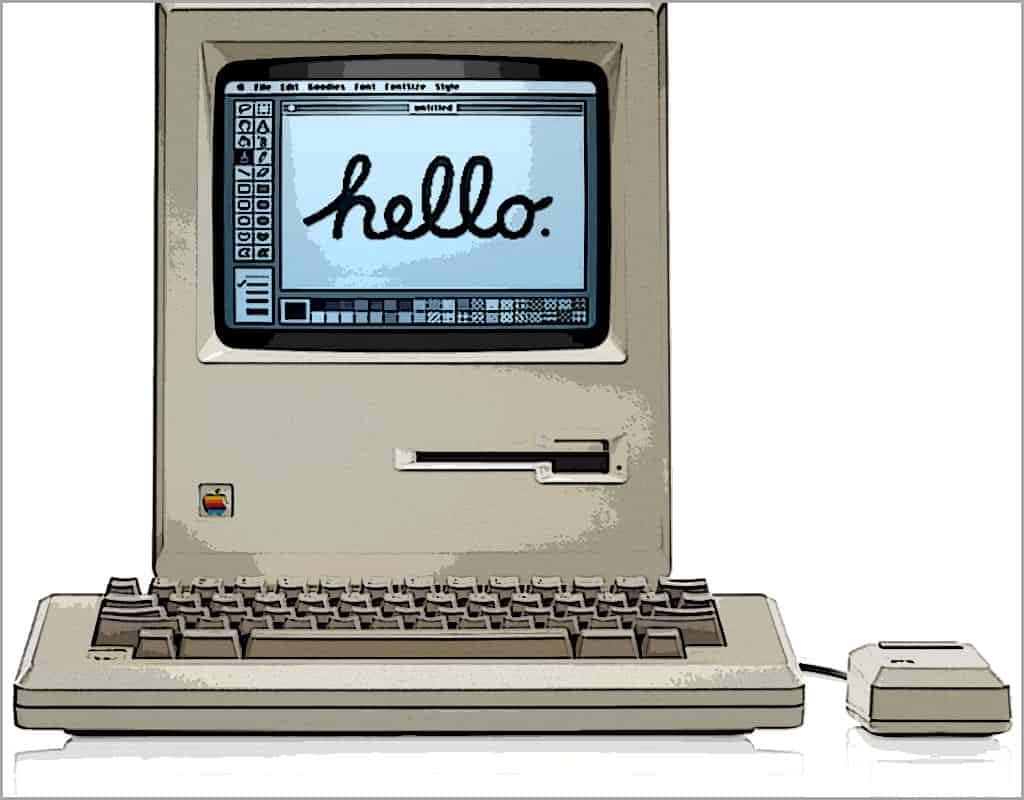 I’ve been using a personal computer since 1983. During that time I’ve seen a lot of hardware and software come and go. The only thing I can say with certainty regarding PC technology is that A) There will always be a lot to know, and B) Anything you learn will quickly change.

Keeping up with technology is exhausting, exasperating, and requires a lot of reading. I spend one to two hours a day scanning the tech headlines for clues of where the industry may be heading and I’m constantly surprised at how much I miss and how much I don’t know. Even worse, technology differs from subjects such as history, physics, or literature in that what you learn today, very often is useless tomorrow. For example, I spent many hours teaching my self PL1, DOS, Wordperfect, Lotus 123, and OkiData printer configurations. All of that knowledge, and many volumes more, is relatively useless to me today. For sure, I’ve taken away conceptual information – Lotus 123, for instance, taught me conceptually what a spreadsheet was, but that knowledge didn’t help me find the correct keystrokes when I began using Excel.

Is it any wonder then that most people simply resign themselves to driving technology instead of trying to understand it? Let’s face it, to even approach a general understanding regarding the “big picture” of personal computer technology, you must be prepared to read constantly, learn quickly, and not be afraid to discard a lot of what you thought you knew daily. Most people are simply unwilling to pay this price.

This state of general computer misunderstanding has created a beast I like to call the: TechnoSloth – or a human being that relies on other more technologically industrious individuals for computer knowledge and advice. I don’t blame folks for being TechnoSloths. As I mentioned above, technology is bewildering and has a very short half-life. It’s only human nature to seek the course of least resistance.

But relying on friends, relatives, co-works, or even salespeople for computer advice and information presents a dangerous paradox – saving time and pain in the short run, often results in greater pain and lost time in the long run. Because very few people really truly understand the “big technology” picture, they tend to stay well within their comfort zone and ignore solutions they don’t know about or don’t understand.

People Recommend What They Know

All this leads to a curious phenomenon I noticed early in my tech career. Because the tech world is so vast, confusing, and ever-changing, people (especially men) seem to recommend what they know. Since it’s impossible to know everything, and no one wants to tell a lie, people recommend what they know to be true rather than speculate and be subsequently held accountable. Their intentions are good, but they simply don’t understand the possibilities and therefore can’t be expected to prescribe the best solution.

A notable corollary to the above axiom is that people never miss what they’ve never known. Say a friend of yours recommends a particular computer solution. You buy it and it works as promised. Your happy because your expectations are met. Forget about the fact that there was another solution out there that your friend didn’t know about that would have solved your problem in half the time, cost half as much, and actually be fun to use – ignorance is bliss.

Computer solutions are not like most consumer products in that the advantages of one solution over another are not obvious. Just looking at a piece of software or hardware gives no clue to its competence. In my early days selling computers in retail stores, I observed many customers comparing Windows computers to Macintoshes. They would look at the icons and pull-down menus, the trash cans, and keyboards then deduce that the machines were essentially the same except that the Mac cost $500 more. In my opinion, this is what led to Windows ascension to dominance in the early OS wars. Early adopters simply couldn’t tell the difference and chose to invest in an “IBM compatible” solution, then recommended what the knew and had invested in.

Advantages of one technology over another only become obvious once the solution is employed to solve a particular problem such as writing a letter, building a spreadsheet, editing a movie, or setting up a network. But here again, if you only know one platform, you’ll never know what your missing. As difficult as a task may seem, once you accomplish it, you will feel good about yourself and recommend that solution because that’s the procedure you know.

So are TechnoSloths doomed to a lifetime of bad computer advice? No; not if they are smart about who they choose to ask for advice. Forget about asking friends, relatives, and salespeople for advice unless they are what I call a “minority platform user.” In the PC world, minority platform users are basically non-Windows users. As a general rule, Windows users never bother to learn anything outside of the Microsoft world. They buy a PC, fight their way up the learning curve, except viruses, Trojans, worms, and obtuse maintenance procedures as “normal.”

Why would a Windows home user ever bother to learn anything about OS X or Linux? With an OS market share of over 90%, Windows users believe the whole tech universe revolves around them; they believe their computer experience is “normal.”

Mac and Linux users, by contrast, are outside of the Windows world, looking in. These “Minority Platform Users” must understand their platform of choice and the dominant Windows platform if they are to communicate work effectively with 90% or the market. This “well rounded” knowledge of all platforms positions Minority Platform Users as a great source of advice for TechnoSloths.

Mac users make especially good resources for multi-media advice. While only 9% of all computer users are Mac users, that relatively small percentage comprises over 83% of all graphic designers and over 70% of all multi-media designers including video and music editors. Mac users, in general, are simply more media savvy and understand distribution and collaboration much better than average Windows users.

That doesn’t mean that a Mac user wouldn’t recommend a Windows solution. In many situations, a Windows PC makes sense. I’m the biggest Mac fanboy in the world and my wife, for example, uses a Windows machine. She needs CAD software that is simply not available on the Mac platform … yet. That may change and Windows virtualization software continues to get better. But until her needs change or the Windows virtualization experience on a Mac is as good as a Dell, I’ll advise her to keep the dell.

My point is that no matter what you want to do with a personal computer, you’re likely to get better buying and solutions advice from a Minority Platform User. So be a smart TechnoSloth, as a Mac or Linux user for your PC advice.

PrevPreviousIt’s a Republic, Not a Democracy
NextOctober in VeniceNext
More Blogs