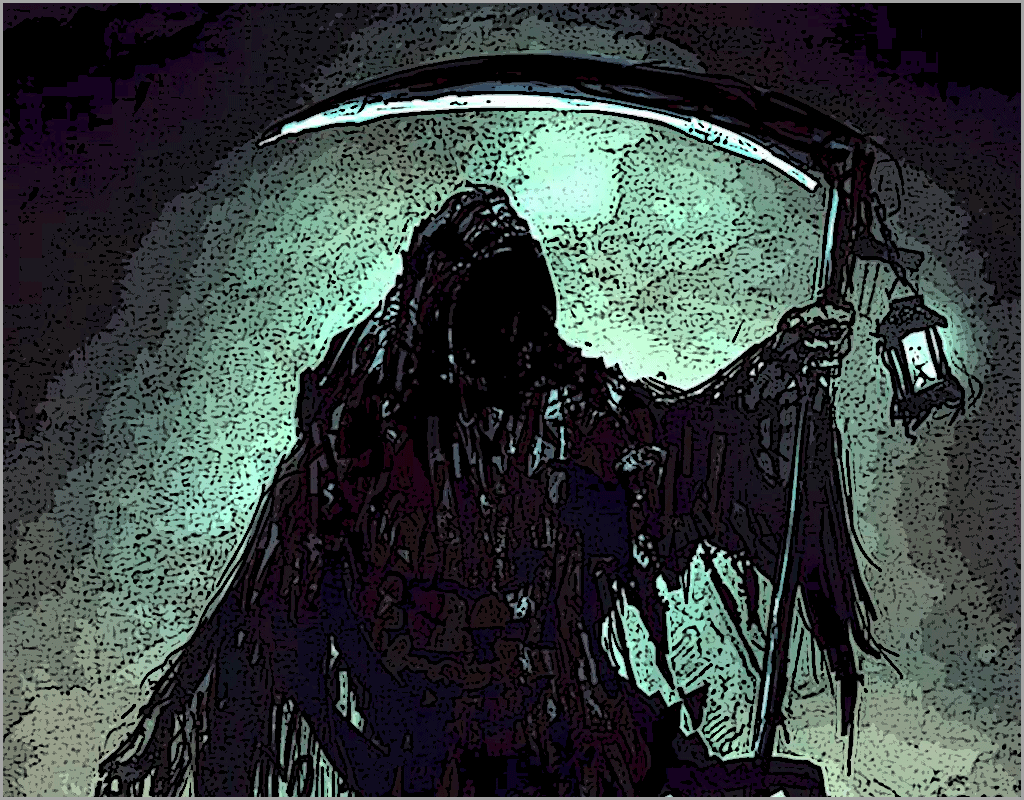 While the fear of physical death is both very real and omnipresent, by far, the larger and far more terrifying face of fear is the ego’s fear of death. Just as the physical body instinctively fears pain and physical damage, so does the mind’s ego fear diminishment and death. So strong is the ego’s instinct for self-preservation that it will often cause its human host to fight to the physical death in order to preserve its wholeness. The evidence of this is all around us. Anytime you engage in an argument to defend a mental position, theoretical concept, or opinion, you’re ego is engaged in defending itself.

The fear produced by the ego’s self-preservation instinct is much more dangerous than the fear caused by the physical body’s instinct for survival. While the physical body’s fear can cause flight or in some cases a defensive fight, the ego’s fear can motivate a human host into a clash with another equally defensive ego causing physical injury, death, or sometimes even war between nations.

Every person you encounter has a physical body and an invisible ego. You can see a person’s physical body, but a person’s ego is only visible to the owner. In the movie “The Matrix,” it was termed “residual self-image.” When Neo was first “jacked in” to the Matrix training simulator (the plain white, border-less room), he had clothes on. When he first looked at his clothes, and the much cooler duds of his mentor, Morpheus, he asked,” what are these?” Morpheus responded, “ That is your residual self-image.” Morpheus might just as well have said, “That’s your ego or the way you see yourself.” Interestingly, Neo’s clothes get progressively “cooler” as the movie progresses suggesting his ego or his self-image was enlarging.

Each of us has a “residual self-image” or ego. Our self-image encompasses our opinions, our beliefs, and our positions on a countless number of issues. This self-image is a vivid and detailed picture of who we think we are beyond our physical body. How smart do you think you are? How good at sports do you think you are? What kind of father or mother are you? How good are you at your job? How good of an automobile driver are you? These are all questions for which your ego has a specific and detailed answer. When another human questions or takes issue with any one of these beliefs, they assault our ego. Fearing diminishment or even death, our ego then automatically defends itself, sometimes by fleeing or hiding, sometimes by ignoring the additional information or delusion, or even sometimes with a violent counter assault against the assailing ego. Our ego defends itself because it fears death, and the death of the ego is just as devastating to some individuals as the death of the physical body.

Many of us have built our self-image or ego into such a monster, that we live our lives is a permeant state of delusion and therefore also live in a permanent state of fear – fearing that we may someday have to admit to others and more devastatingly, to ourselves, that there is a disconnect between our self-image and objective reality. This fear of being “found out” or of being exposed as a fraud, can be a nightmare for those who invest heavily in their ego, leading to both delusion and countless silly acts of compensation. For example, I don’t believe I’ve ever met an amateur golfer that had a realistic self-image of his or her golf game, but I have often observed amateur golfers bending or breaking rules in order to match their score to their ego’s self-image.

Let me demonstrate the two faces of fear with a short personal story. In my younger days, I played high school football. In those days, any player that said they didn’t get a little fearful before a big game in front of the home town fans was lying. In the locker room before the game, my teammates dealt with the anxiety in many different ways. Some guys would get quiet and introspective, others were filled with nervous bluster, some distracted themselves with mindless activities like checkers or crossword puzzles, others studied their playbook, or played the imagined future game over and over in their mind. But whatever the coping mechanism, there was a lot of fear to go around.

When the kicker finally teed up the ball, the predominant fear of the moment was physical fear. How tough will these guys be? How big are they? Will they play dirty and take cheap shots? Will my stamina hold up? Will I get hurt? Will I break my neck in a freak accident and be permanently maimed, paralyzed, or even die? These are the realities of football and every self-aware human taking part in such a violent sport would be foolish not to at least consider the possible consequences.

But as the game progressed and you took your “first hits” and settled down, you gradually realized that the other team was more or less, like your team and “the game” was more like the very familiar practice secessions you endured every weeknight and less like the “epic clash of titans” you had imagined (except everyone was wearing brighter and cleaner uniforms).

At that point your predominate fear shifts from physical death to egoic death. If we lose the game, will the press still think we’re a good football team? If I fumble the ball again, will the coach take me out?, If this wide receiver makes me look like an idiot all afternoon, will my girl still want to go to the homecoming dance with me? These and about a million other questions can paralyze your ego with fear if you let them. This is the point in the game when champions emerge. Champions are able to ignore or compartmentalize their fear and instead focus all attention on the task of the moment. Whether a champion does this on purpose, or whether he is simply mentally dull or possesses no self-awareness, is unimportant; I’m sure I’ve witnessed both characters.

Even today, thirty years later, when I play league tennis, I have to constantly monitor my emotions (which are simply thoughts manifested in the physical body) and remind myself not to invite fear by defending my ego. The minute I feel fear on the court, I know it’s my ego’s fear of diminishment or worse – death. When there is no money riding on the outcome of a match, what difference does it make who wins except that you must admit to yourself that you are not as good as the other guy? If your self-image is that of John McEnroe, but you’re losing to your practice partner, is McEnroe having a bad day? … or is there a disconnect between your ego’s fantasy and objective reality?

Controlling fear is not easy. Like a healthy diet, controlling fear is an every day, all day long drudge. It never goes away and it never gets any easier. You must remain conscious and constantly vigilant so as to spot it’s many manifestations as quickly as possible in order to keep this dangerous monster under control. The knowing that egoic fear is present is half the battle. Zen monks say the trick is to “die before you die.” In other words, drive a stake through your ego now – kill it. Live your life predominately “in the moment.” Accept and represent yourself as the imperfect, struggling, individual that you and every other human being are. Never defend beliefs or positions unless explicitly asked. Nobody really cares anyway.

“He who exalts himself will be humbled, and he who humbles himself will be exalted” (Luke 14:11). He who builds a big ego will live his life in fear and spend countless amounts of energy defending it from death. He who surrenders his ego may not find happiness, but he will live in the quiet peace that comes with the absence of fear.