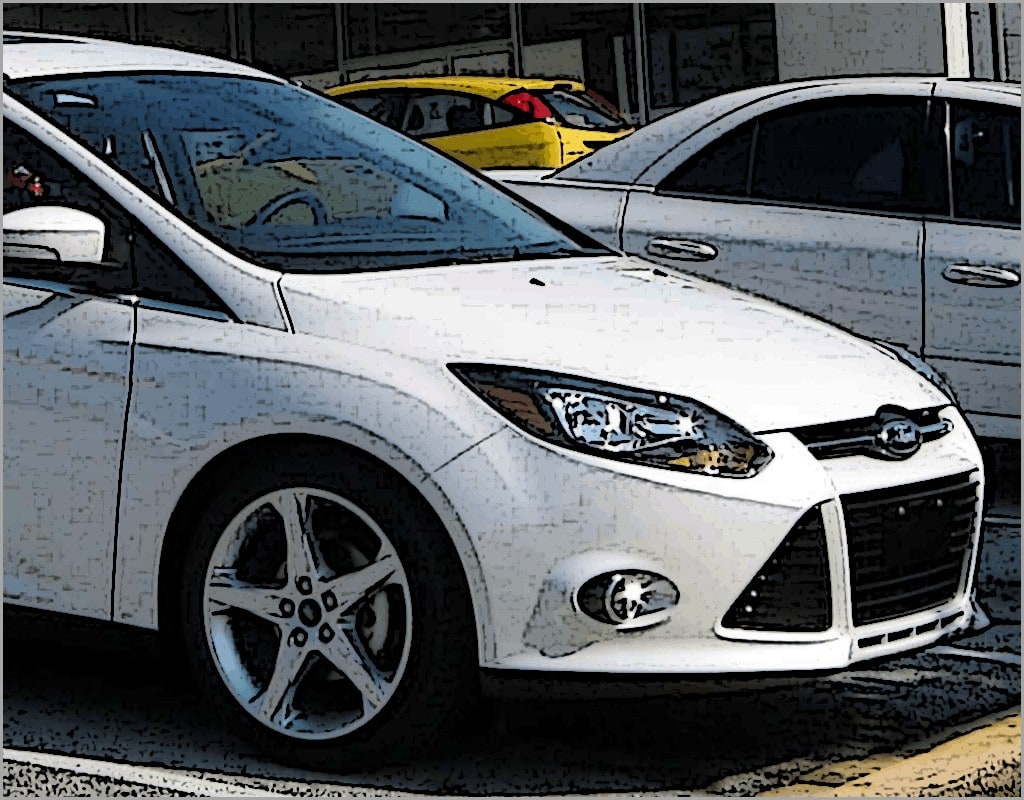 It’s been about a year since the transmission died on my ten-year-old Honda Odyssey and I was forced to buy a new car. After more than fifteen years of driving foreign cars, I chose a new 2012 Ford Focus as my replacement vehicle. I chose the Focus after driving almost every car in the compact class and deemed it the best and most fun for the money. I wasn’t alone in thinking so. Car and Driver, Motor Week, and a hose of other auto reviewers agreed that the Focus was a very competent little vehicle. Now that I’ve been driving it for about a year, I thought I’d share my impressions of my first American made car in over a decade.

My over-riding metrics when purchasing the Ford were reliability and economy. In those two areas, I have been well pleased. The car has been perfectly trouble free so far. It feels as tight as the day I purchased it with no rattles or other signs of wear. The gas mileage has been true to the government spec sheet. I average almost 30 mpg in mixed driving and about 39 mpg on trips. The engine performance is “spunky” if not downright sporty in “sports mode” and will even shift manually when called upon to do so.

Before purchasing the Focus, I read reviews, both pro, and con, regarding it’s cutting edge, six-speed, “dry dual clutch” transmission. The transmission is not like a garden variety “wet” (full of transmission fluid), automatic transmission. It’s more like two three-speed manual transmissions controlled by a complex computer algorithm that shifts the two transmissions concurrently so that there is always a connection between the engine and the wheels. The car never loses acceleration even when shifting while cornering. Because the drive train never completely disengages from the engine, it doesn’t waste any fuel “freewheeling” between shifts. After almost 20K miles, the transmission seems to be functioning as promised.

As reported by numerous test drivers, however, it does emit a distant, low, rattling noise when shifting between first and second at low speed, like when you are “lugging” it over speed bumps in parking lots. The rattle is a little disconcerting but doesn’t seem to affect the driving experience. I’ve driven many manual transmissions in my day and it almost feels like the car is on the verge of stalling when the computer quickly downshifts. It’s funny how a little noise like this can skew thinking over time. Even though the transmission seems to functions very well, it just doesn’t sound like “quality” and over time it erodes your opinion. Ford definitely needs to “deal” with this small issue in order to complete an otherwise solid driving experience.

Between the sedan and the hatchback, I opted for the sportier looking and more versatile hatchback. I realized, at the time of purchase, that my golf bag would just barely fit in the rear compartment, and then only if I remove my driver and three wood and place them next to the bag. I didn’t think this would be an issue, but in retrospect, I could really use more room. Adding my two son’s golf bags to the load requires lowering the larger of the split rear seats. Forget about hauling a foursome to the golf course, three passengers and clubs barely fit. When I pick them up for a weekend outing, between the golf bags and the luggage, we look like we’re a little “overstuffed”.

Bar far the biggest disappointment regarding the Focus is Ford’s MyFord Touch computer system. In fairness, MyFord Touch is an ambitious undertaking. Ford attempts to empower the driver to control the heat, the air, the navigation system, the phone, all your music including radio, iPods, Satellite radio, and Bluetooth devices with either voice commands or a dash mounted touch screen. It works, for the most part, and that’s the problem. Sometimes it doesn’t and for no apparent reason. For instance, sometimes when I start the car, the frequencies don’t appear on the radio preset buttons. The buttons are just blank. I don’t know why and I can’t figure out why they do that. Then for no apparent reason, I’ll start the car and there they are.

More troublesome is the Bluetooth connection with my iPhone. I originally chose the Focus because of the “MyFord Touch” promise to play my audiobooks and podcasts wirelessly from my iPhone via Bluetooth. I’m an audiobook addict and this feature held the promise of never having to “tether” my iPhone each time I get into the car. Like everything else that is “My Touch,” this feature works great, most of the time. But when it doesn’t, you pull your hair out trying to figure what’s going on. You’ll be listening to your book over the course of several drives, then you’ll get into the car one day, expecting your iPhone to play Hemingway through the sound system, when MyFord Touch will, for no apparent reason, switch to a radio station you’ve never tuned to before. I’m not kidding, it doesn’t just tune to a preset, it chooses a random station. Not only that but because I play my audiobooks rather loud, the unwanted radio station will blast into the cabin so loudly that I’ve almost had a heart attack while driving. Why doesn’t it “ramp up” volume smoothly like the iPod? Who knows? Since there’s no off button for the computer, you must shut down the whole car to get the system to reboot. I sometimes shut my car off at stop lights to re-boot the computer in order to get the MyFord Touch to recognize my iPhone and begin playing my audiobook. I’m not kidding.

The reaction time of the computer is also way too slow. Especially in a driving situation, you want your touch screen to be quick and responsive. Whether it’s the software or a slow processor, the MyFord Touch is sluggish in responding to commands. To be fair, Ford wants you to use voice commands, which do work well if you can remember them. But sometimes you just want to “punch the button” on the screen and buttons respond slowly. Again, to be fair, Ford issued a free MyFord Touch software update via a “thumb drive” a few months ago that drastically improved the entire system. The Navigation system got a “whole new look” and the entire system is a lot quicker and snappier, but it’s still too slow to conveniently operate manually while driving.

For whatever reason, Ford choose Microsoft to write the software for MyFord Touch and proudly displays the MS logo right on the dash. Like a lot of Microsoft software I’ve had occasion to use, it’s really “glitchy”. What were they thinking? Choosing Microsoft to write the “operating system” for the entire electronics platform of Ford vehicles, is akin to IBM choosing MS to write their PC operating system. We all know how that one turned out. Why Ford subcontract such a crucial piece of technology to an “outsource” vendor is beyond my comprehension. I have to believe that as cars become increasingly similar in mechanics and fit and finish, electronics will be the major differentiator between brands. Go figure.

All that said, in general, I like my Ford Focus and I’m generally very happy with it. It’s a pleasure to drive, it’s very economical, and so far, it seems to be very reliable. It’s packed with nice convenience features and looks great inside and out. The transmission is strong and works well, even if it does “grumble” occasionally at crawl speed. And although MyFord Touch is a “work in progress,” the navigation section works well, and the audio system works well, most of the time.

My advice to Ford to achieve Focus nirvana is: