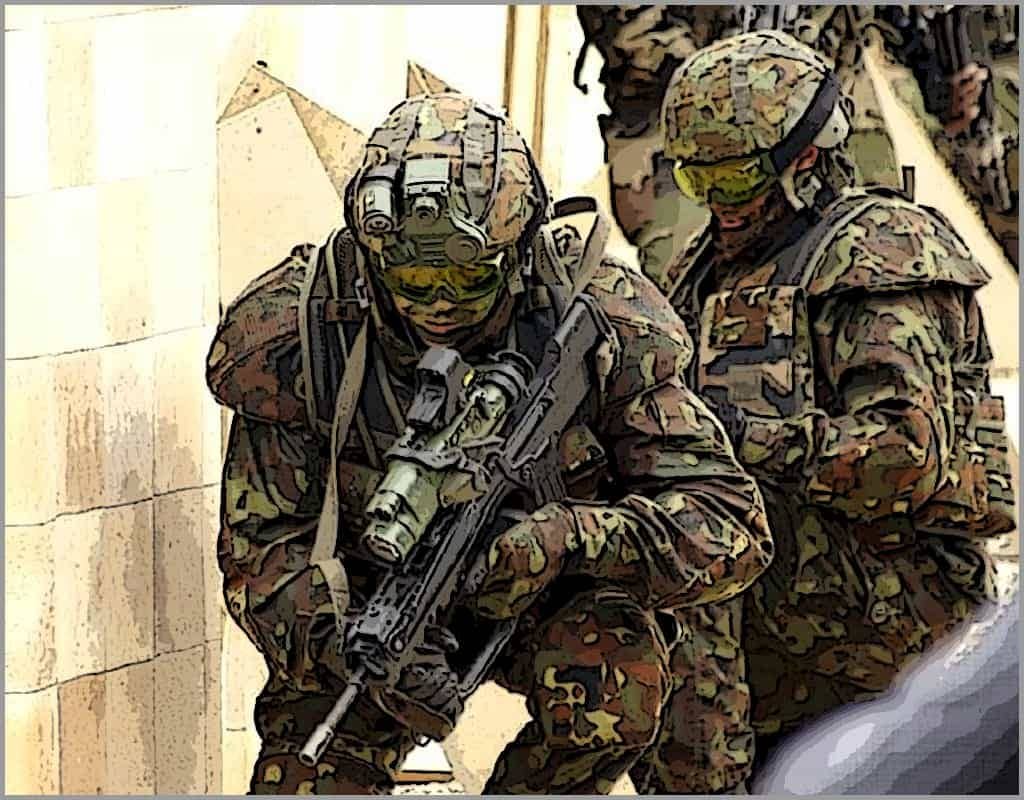 My favorite tech writer, Robert X. Cringely, once told me over a plate of kung pao chicken, that predicting the future was easy; the hard part is predicting the time frame in which it will happen. In other words, flying cars will become a reality; the only question is: “Will it happen in this century or the next?”

Computer pundits, futurists, and tech writers have been making claims that PCs will change the way companies do business for as long as there have been PCs – and they have. PCs have all but eliminated secretaries, first class mail, paper tape calculators, letter headed stationary, and celluloid overhead projectors in most firms. But an even more profound change is coming in the next five years – a change that will revolutionize corporate structure, exponentially increase worker productivity, and launch a new era of efficiency and prosperity for those firms that embrace it.

I have literally grown up with PCs. Although there is some argument regarding the “first” true personal computer, or “PC,” Edmund C. Berkeley’s GENIAC, introduced in 1955 (four years before I was born) is widely regarded as the first. It didn’t do much except play tic-tac-toe and solve simple addition problems. But it was affordable, digital, and user-programable.

In 1959, the year I was born, Heathkit introduced the EC-1 in, of course, kit-form. The EC-1 was relatively small (the size of a bread box without keyboard or monitor) and inexpensive – a true desk top.

But these first “PCs” were little more than hobbyist’s novelties and really didn’t do anything in the way of personal productivity. The birth of the revolution – the first PC to have a real impact on personal productivity was introduced in 1977 –  the year I graduated from high school. It was the Apple II and the program that launched the personal productivity revolution was written by Dan Bricklin. The software program was called VisiCalc and is widely regarded as the first “spread sheet” program. As every accountant, financial planner, and engineer knows, spread sheet programs (like today’s Excel), empower individuals to play “what if” games with complex matrices of numbers. What if I changed this number to this number? How would that effect the overall outcome? The program’s impact on personal productivity was profound because it empowered individuals to do in seconds what used to take many, tedious, hours with pencil and paper.

But what’s really significant here is the year – 1977. Generally speaking, anyone older than forty-eight at the time of this writing was an adult at this moment in history; anyone younger was an adolescent. The reason for this is that adolescents have a lot of time to play, and playing is what spawns innovation and creativity. Playing is what leads to real learning and understanding. When you play, you find your own way and the lessons you learn with you forever. It is my contention that people younger than forty eight years old have had significantly more time to play with personal computers and are therefore much more savvy with regard to their use, limitations, and capabilities.

Again the significance is the age – forty eight. These are exactly the people who are now ready to move into top management positions at major corporations – directors and CEOs empowered to make sweeping changes with regard to how technology is used and deployed in companies.

This realization came upon me over my years in corporate america. I was always astounded at the technological void between my age group and the group as little as five years ahead of me, which represented most top level managers. Those senior managers were already out of college at the time of VisiCalc and the Apple II. They were struggling with new careers and climbing the learning curve of older entrenched corporate procedures. They were getting married, starting families, and had little time to “play” with technology. For sure, many of them bought PCs as status symbols, or for vertical applications, but how many really stayed up late at night to explore the capabilities of complex software applications?

In addition, many peoples’ significant learning stops after college or grad school. How many of us take the time to “dig in” to learn new unfamiliar technologies after we’ve established careers and families? How many VCR clocks are still blinking “–:–” in our parents homes?

Also, I was also astounded at how much better my personal technology was at home than it was at work. At home, I could do anything I wanted; I wasn’t “locked” out of my computer. I had every capability. I could try new things, I could play with new software, I could design new procedures, I had a faster internet connection, I could manipulate graphics and video, author DVDs, build databases, and use software that worked the way I liked to work. At my office, I had, well … Microsoft Office.

The outgoing class of CEOs are generally complacent with regard to personal technology. They relied on Information Technology or “IT” departments to make recommendations and administer systems. Quite naturally, IT departments have no incentive to push personal productivity forward or deploy new applications as doing so would make their job much harder. Maintaining legacy systems is always easier than implementing “bleeding edge” technologies. So, for the most part, Corporate America, has been using the same personal technology for the past twenty five years – word processing, email, presentation, and spread sheet applications (very similar to VisiCalc!).

But all of that is about to change.

The incoming class of Directors and CEOs understand fully the opportunity costs of limiting technology use with regard to personal productivity. This issue came to a head recently with the introduction of the Apple iPhone. I watched with amusement the press interviews with IT managers as one after another denounced it as “insecure” and too hard to administer. After the first wave of bad IT press, it was reported that top level executives were extremely enthusiastic regarding the functionality of the device and were simply ordering IT departments to “make it work.” For the first time that I can remember, the attitude among top executives seemed to be: “We’ll make the policy decisions – we want it, you (IT) just make it work.”

This is a major paradigm shift. In the coming years, tech savvy knowledge workers will grow increasingly belligerent with regard to their personal technology. They don’t need anyone to “help” them with their PCs. Their attitude toward IT will increasingly be: “Just give me the proxy server address and leave me alone.”

So the first part of my prediction suggests that a new class of “tech savvy” CEOs are about to take the reins of Corporate America. The second supporting piece of my bold prediction was inspired by the U.S. Army.

In the face of global terrorism, the Army has had to re-think it’s strategy with regard to resource deployment. In the past, the main threat was primarily the Soviet menace and the Army seemed to prefer complex, and expensive weapons systems to combat it. Weapons systems like the M1 Abrams battle tank, the Apache helicopter, and the Patriot missile were in vogue.

But the fall of the Soviet Union and the rise of the global terrorist threat put the “kibosh” on expensive weapons systems development. The Army has come to realize that expensive weapons systems do little to combat the threat of terrorism and make fantastic targets for rocketpropelled grenades. Consequently, the Army has adopted a “decentralized” strategy and decided to improve the capabilities (personal technology) of the individual foot soldier.

Today’s foot soldier sports body armor, night vision, state of the art small arms, and, most importantly, an up link to head quarters that ties him to every other soldier and weapons system on battlefield. This personal technology empowers each individual soldier to communicate and call on every support element in the field instantly. The result is that a modern day soldier wields the power of a company of WWII soldiers.

To inspire new recruits, the Army adopted the ad slogan: “An Army of One,” which emphasized their new commitment to empowering the foot soldier.

Technological de-centralization was the right decision for the Army and it’s the right decision for Corporate America. Empowering individual workers will leverage the modern corporation and propel it forward in unforeseen ways. By allowing workers to “play” with their personal technology and invent new systems and procedures, the modern organization will grow organically.

Imagine, for example, an organization that issued a technology allowance instead of a PC. What surprises might emerge as empowered employes develop imaginative solutions to age-old problems? The attitude might be: ” These are the results we want, this is how your predecessor did things, this is what he achieved, here’s your budget, do it any way you want, but you’ll be held accountable for your results.”

But most importantly, just as the new threat in the military arena will come from individual terrorists armed with “high tech,” personal military technology, the new threat to large corporations will be small, fast, hard to spot, tech savvy, “terrorist” firms of only a few people. Large institutional data systems and lethargic procedures, make easy targets of opportunity for these individuals armed with “state of the art” personal technology. Think Google (founded by two guys).

So if not by choice, then by necessity, expect American companies to become exponentially tech savvy, much flatter, much more efficient, more productive, and the power and role of IT to diminish in the next five years as a new class of tech savvy CEOs take over.

Expect each employee to become: “A Company of One.”

NextIt’s a Republic, Not a DemocracyNext
More Blogs