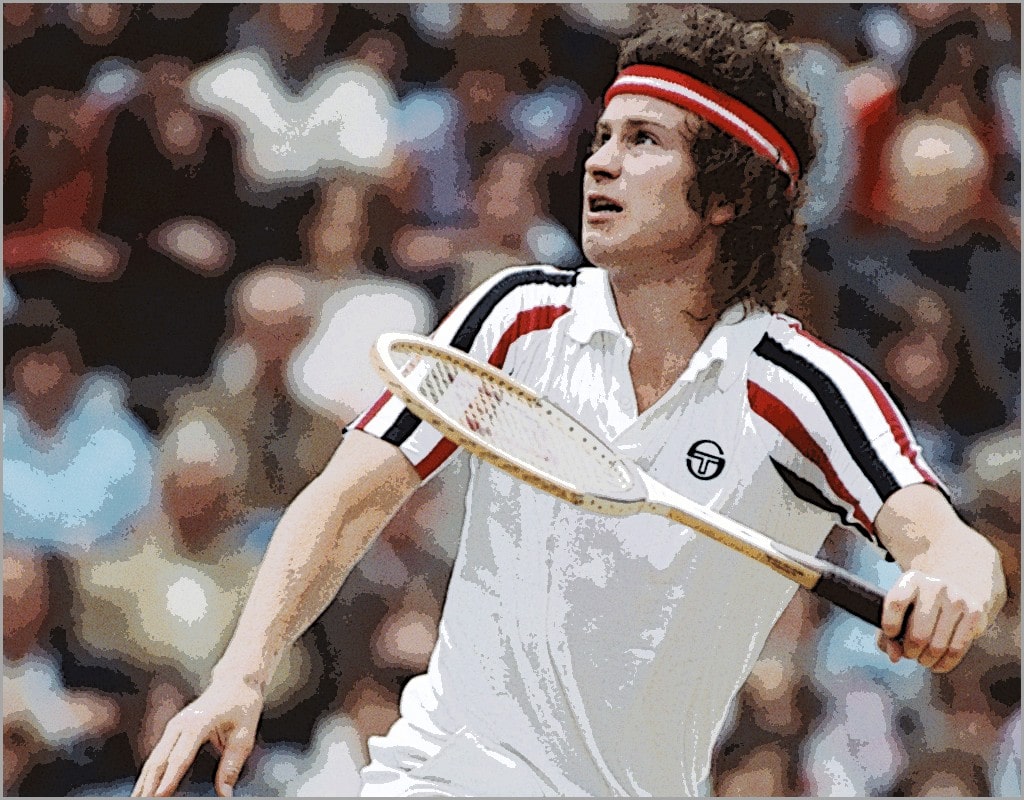 At one time I played a lot of tennis and enjoyed watching it on TV. One of the most insightful commentators of the modern tennis game is John McEnroe. Regardless of what you may think of him as a player, McEnroe knows tennis and is one of the all-time great students of the game. Of particular interest to me is his analysis regarding how the game has changed in the last thirty years. This interests me because, after years of playing tennis every day, I took a ten-year golf hiatus, then returned to the game. I experienced first hand the truth of his analysis.

Before the 1970s, tennis was dominated by guys that looked more like “tennis club pros” than world-class athletes. But as the popularity of tennis grew due in part to players like Jimmy Conners, Chris Evert, Bjorn Borg, Martina Navratilova, and John McEnroe, the game began to change. More fans, meant larger television audiences. As television viewership grew, sponsors flocked to tennis. The massive amounts of money that followed resembled a dough ball dropped into a fish pond – first, the minnows nibbled at the edges, then the large predators came to feed on the minnows. Before long, tennis was attracting the attention of some of the worldʼs best athletes.

Many analysts point to Ivan Lendl as the first modern tennis player. Lendl was talented to be sure, but his edge was his conditioning and self-discipline. He seemed to take the game a little more seriously than McEnroeʼs party crowd. I once heard McEnroe blast Ivan for his abstinence from alcohol saying something like: “Ivan doesnʼt drink, but I have to have a Heineken once in a while.”

McEnroe openly admits that players from his generation would have a very difficult time with the world-class athletes that dominate the modern game. Thereʼs no more “partying” after a win, itʼs a massage and early to bed to ready yourself for the next dayʼs match or training regiment which includes diet and physical training in addition to regular hitting sessions.

But the McEnroe analysis I enjoy most is his assessment of how technology has affected the strategy and tactics of the modern game. As an adolescent, I played tennis almost every day. I played number three on my high school team and played number two on the Penn State, branch campus team. Along the way, I study the game under some very knowledgeable tutors, including a former Junior Davis Cup player, so Iʼm quite familiar with McEnroe era tactics and equipment. In fact, John and I are exactly the same age.

One of the McEnroeʼs commentaries during the 2010 French Open pointed out at length how the new equipment and stronger players have profoundly changed the tactics of the game. One obvious example: McEnroeʼs serve and volley game has all but vanished from the pro tour. Reason: players can easily hit powerful passing shots from the baseline. Even the stance a player uses to hit a groundstroke has changed. In the seventies, players squared parallel to the desired path of the ball to initiate a longer swing and more power. But modern racquets have so much reserve power that players often hit groundstrokes with their feet perpendicular to the flight of the ball, using the core muscles in their torso for power.

John then related his experiences playing Raphael Nadal in a practice match. McEnroe, a player who dominated everyone in his prime, was shocked at the punishment Nadal was able to deliver using modern equipment and tactics.

McEnroeʼs comments caused me to pause and contemplate the nature of knowledge. Here was a man that knew everything about tennis. He was number one in the world and mastered every facet of the game. Then, gradually over a period of years, everything he knew about the game changed. It occurred to me that had he not continued to learn and study the game, the majority of his tennis knowledge would have “expired” much like a carton of milk that sits past the expiration date.

I then began to think about how many people I knew (myself included), have stopped learning with regard to their career or world view. How many adults erroneously believe that knowledge acquired in high school, in college, or in even post-graduate studies, can sustain them in the face of ever-changing circumstances? It’s easy for adults, who have been in the workforce for decades to “write off” new ideas or new technologies as “fads” until the day a new “master” pummels them like Nadal thumped McEnroe.