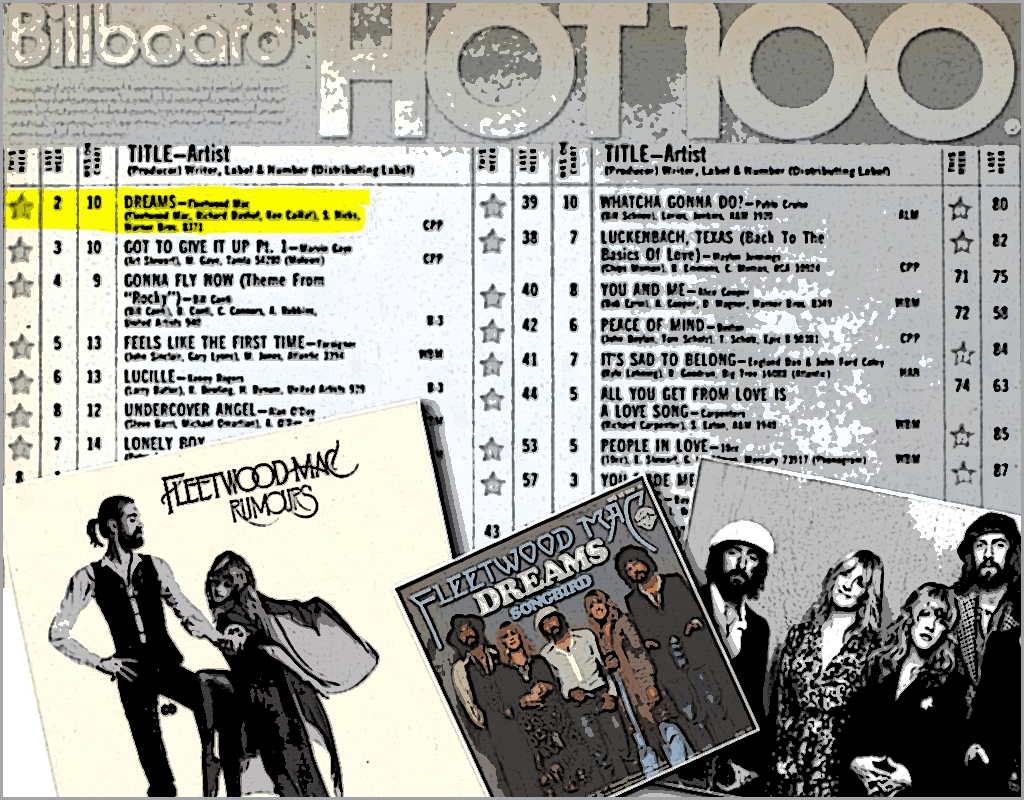 When I was a teen in the early 70s, the “mother” of all music charts was the Billboard Hot 100. The Hot 100 served as the basis for most music radio station programming and constituted “the bible” for any radio disc jockey. To be sure, there were other music charts – country, R&B, Jazz, etc.. But stations that used these charts as a basis for programming were mostly weak local FM stations. In the early 70s, AM was still the “king” of the airwaves and most AM music stations subscribed to the broad appeal of the Hot 100.

The Hot 100 was literally a collected ranking of the best selling singles in the country, regardless of music genre. It was quite common to see rock songs, country songs, disco songs, R&B songs, and even easy listening songs competing for a position in the top ten. Disc jockeys would easily transition from Aerosmith to Kenny Rogers, to the Bee Gees, to K.C. and the Sunshine Band, then back to Led Zeppelin. This crazy “mix” of various artists had the effect of “broadening” musical tastes as you were forced to listen to songs from a wide variety of music genres.

As time went by however and marketers took charge of radio programming, stations began to “fragment.” Stations began to cater to “niches” rather than broad markets. This was good for ad sales because stations could accurately target advertising to well defined demographic markets. For instance, it was a good bet that if you advertised on an R&B station, you could reach a black audience. If you advertised on a “hardcore,” rock and roll station, you could reach the teen market, etc..

Unfortunately, what was good for advertisers had unfortunate and unintended consequences for the listening public. As stations fragmented, so did listeners. No more were listeners forced to listen to genres they didn’t “think” they liked. A listener could simply tune to his favorite perceived genera, say rock, and there he would stay day after day. Listeners that at one time had a broad appreciation of all genres, now became narrow in their listening tastes. As the 80s rolled in, many listener’s tastes for other genres degraded from indifference to visceral hatred. Listeners that at one time were surprised to discover songs from other genres that they actually liked, were now wearing tee shirts that proclaiming: “Disco Sucks.”

People generally promote and support what they know and discount what they don’t. Call it fear of the unknown or fear of those different from yourself, but for whatever reason, market segmentation fractured music taste in America.

Disturbingly, the same phenomenon has happened with the news. At one time, only three networks communicated the daily happenings to the American people – ABC, CBS, and NBC. While there were small differences in both content and editorial, all three networks told basically the same story. Regardless of whether this was good or bad, it definitely had the effect of broadening the acceptance of “the other side of the story.” It didn’t matter if you were a Democrat or Republican, you heard both sides to the story from the same source – whether you wanted to hear it or not.

But the rise of talk radio, the proliferation of cable, and the availability of satellite TV changed all that. Again as marketers fractured the public into discrete demographic niches, a listener or viewer no longer “had” to listen or watch the “other side of the story.” Democrats could watch CNN or the major networks while Republicans could tune into FOX or listen to Sean Hannity or Rush Limbaugh. Consumers no longer need to bother with alternative viewpoints; they no longer need to pollute their personal constitution with the dogma of the infidels. My mother once asked me, “Why don’t you like Rush Limbaugh?” I replied, “It’s not that I don’t like him, I don’t listen to him because I already know what he’s going to say.”

Unfortunately, this political fragmentation seems to have had the same divisive effect on politics as music fragmentation had on musical taste – a fractured public with “hardened” political views and swelling of hatred toward those with alternative viewpoints.

I believe that choice is a good thing. Hopefully, as the American public becomes accustomed to the vast amount of choice made available to us every day via ever-increasing levels of personal technology, we’ll all begin to realize the richness of sampling alternative points of view, or even, … alternative music genres.