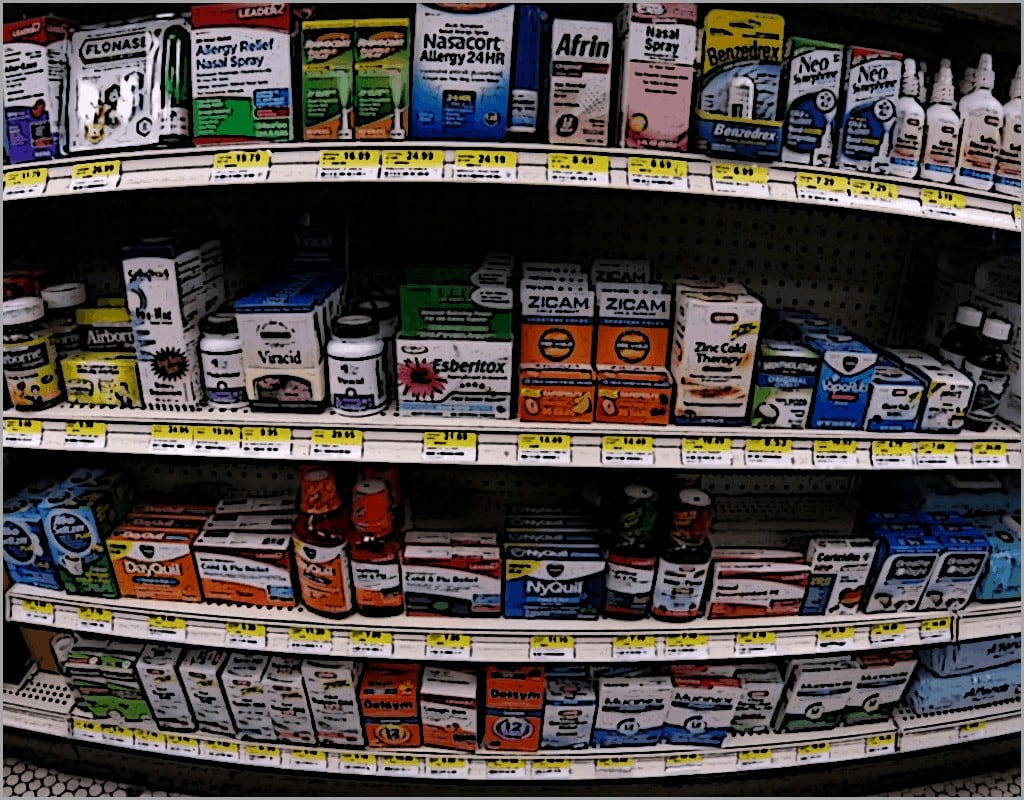 I’ve been sick with a cold. Nothing too terrible, just a bad head cold. But it was bad enough that I had to “dope” myself up on multi-symptom cold medicine for almost a week just to lurch through the day with a minimum of productivity. I also ate about half a bag of Halls cough drops because the cold medicine does too good a job “drying” me out and I begin to dry cough. Cough drops make your teeth feel grimy and forget about eating anything in conjunction with a eucalyptus lozenge.

I lurched into the office less out of a sense of duty and more out of a sense dread that a mountain of work would just “pile up” and be waiting for me when I returned. Fortunately, most people just leave you alone when they hear you sneeze and cough. I’m a considerate invalid however and make an effort to avoid everyone. I stay in my cube, venturing out only for the occasional cup of coffee. I wash my hands frequently and always cover my mouth with a tissue when the occasional sneeze wells up from under the medicine.

Sickness really puts your life into perspective. It’s impossible to think about anything else apart from getting well when you ill. The things you thought were important, like golf, for instance, fade into the distant background of your persistent malaise. Nothing really helps. You must just endure the suffering. Even television annoys you, all those god damn commercials.

In my case, the only consolation to sickness is that I usually lose weight. Eating becomes unimportant and food doesn’t taste as good when you are sick. One time when I had a really bad flu, I lost ten pounds. But I don’t want that flu again. I thought I was going to die. I actually had to go to the hospital and take on two bags of fluid just to get my skin elasticity back. They never did find out what I had, even after a battery of tests including a spinal tap. It wasn’t pleasant.

Colds start with a faint feeling that something is just not right. You’re weak, or in my case, my coordination wasn’t what it should have been on the golf course. I shot a high score and I was grumpy. I didn’t care to line up my putts the way I should have. I just didn’t care about my game. My thoughts were on my feint bodily distress instead of golf. My muscles were weak, not too weak to play, but weak enough to “wobble” and mis-hit shots.

A day later, the head-achyness starts and the overall malaise begins. Then comes the congestion, coughing, and sneezing as your body violently tries to repel the wretched virus. Cold medicine helps, but eventually, your ribs begin to ache from all the sneezing contractions.

Your attitude erodes over the course of a cold. At first, you try to stay positive. “I can take this,” you tell yourself. “I’ll endure.” But as the cold persists over the course of a week, sickness weariness sets in. It wears you down to the point that you become obsessed with just getting it over and returning to “normal”.

Then, just when you’re at your lowest point, you become aware that you’re hungrier than you’ve been for a few days. Food begins to taste good again. Your energy and attitude begin to improve. You begin to feel creative and energetic again. People don’t annoy you as much. Life starts to interest you again. The cold passes into memory and for a short period, you really appreciate what it means to feel well.