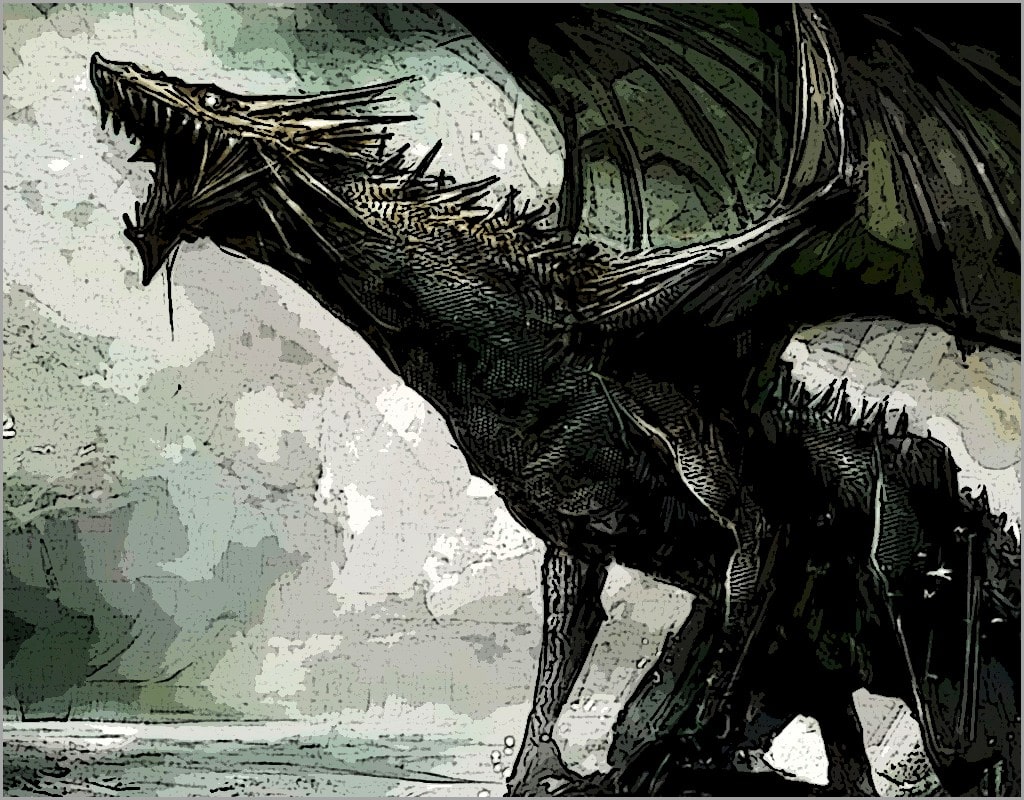 The story of King Arthur, or the “Arthurian myth,” conveyed in Thomas Mallory’s Morte D’ Arthur published in 1485, is one of the most insightful, inspiring, and foreboding stories in all of English literature and continues to serve as the basis for many modern story variations and film adaptations. It’s the story of a boy coming of age, his rise to power under the tutelage of a mentor, his fall from grace, and his eventual redemption. It also chronicles the pendulum swing between the domination of good and evil. (Sound a little like Star Wars?) The story is essentially a warning. It predicts the cycle or seasons of endeavor: naive courage, struggle, success and power, complacency, and downfall; but it also holds the promise of a “return to grace.”

Of all the modern film interpretations of the story, John Boorman’s, Excalibur (1981), is my favorite. The film credits Mallory himself for the writing and Rospo Pallengerg and Boorman for the smart and sharp screen adaptation. Shot entirely on location in Ireland, the film is visually stunning and the screenplay is packed with more nuggets of wisdom than all three Godfather movies combined.

Although the film originally grossed almost $35 million (third highest in 1981) and is packed with future stars (Liam Neeson, Helen Mirren, Nicol Williamson, Patrick Stewart), it hasn’t seemed to engrain itself into our modern culture in the same way some lesser films have. I routinely see the DVD discounted and loosely floating around in Walmart bargain bins. It always amazes me how many people will reach past it to grab a copy of a bad sequel of a bad horror movie and completely miss the opportunity to add this jewel to their movie collections. Sometimes it’s all I can do to hold my tongue and restrain myself from grabbing them by the arm and shouting: “This is the one you want, you fool!”

The problem with the film, … and the charm, as far as I’m concerned, is that while the film’s wisdom would be most beneficially to an adolescent, the film’s “R” rating prohibited it’s release to this much broader market. The film has subsequently been cut to a second “PG” rating version, but don’t bother looking for a copy. The editors had to trim something like twenty minutes to achieve the kinder rating and in the process totally destroyed the movie.

To me, the “rawness” of the movie is its charm. The period is the “dark ages” and men are crude and uncivilized by modern standards. In battle, they chop, hack, and stab with axes, heavy swords, mason balls, and long lances. In social settings, they sweat, they smell, they eat with their hands, and they take what they want (including women) when and where they want it. In fact, I find the early brutal scenes, when the knight’s sport black, pitted, tarnished armor, and casually discard feast bones to roaming castle guard dogs much more appealing than the later “idealized,” Camelot scenes when the knights wear shiny, polished, armor and have much better table manners.

As you might expect, Arthur’s mentor, the sorcerer Merlin, delivers most of the wisdom in the film – here are a few gems:

Merlin: Looking at the cake is like looking at the future until you’ve tasted it what do you really know? And then, of course, it’s too late.

[Arthur, not listening, takes a bite]

Merlin: Good and evil, there never is one without the other.

Arthur: Where hides evil in my kingdom, then?

Merlin: Always… where you never expect it. … Always.

Arthur: Merlin, what is the most important quality of knighthood? No riddles, just a straight answer.

Merlin: Alright then, … truth! It must be the truth. When a man lies, he murders some part of the world. You should know that!

But by far, my favorite line comes at the beginning of the film’s second act. The scene is the annual joust when the great knights gather to compete for an opportunity to pull the sword from the stone and be king. The scene is set and the task of pulling the sword characterized when one of the great knights, Leondegrance (played by Patrick Stewart) defeats all comers in an early joust round, yet, with all his might, can’t free the Excalibur.

Arthur begins the scene as a squire to his stepbrother, Kay. But when Kay’s sword is stolen, Arthur casually draws Excalibur to replace it.

The deed is first discovered by Kay and Arthur’s stepfather, Sir Hector. As they gaze on in astonishment, Merlin (Nicole Williamson) emerges from the forest and explains that the boy, Arthur, is the son of Uther Pendragon and Igrayne and is, therefore, the royal heir to the sword.

The great knights quickly gather around Arthur and begin to violently argue as to whether they should recognize a “bastard” boy as the new king. As the great knights shout, posture, and take sides, Merlin slips away, returning to the deep woods, leaving Arthur all alone.

Arthur, paralyzed by fear and indecision, chases after Merlin, leaving his foes and allies far behind. As he searches for Merlin in the deep wood, darkness begins to fall and he becomes increasingly lonely and frantic. It seems everywhere he looks, some strange noise or creature appears to heighten his anxiety until he becomes completely paralyzed with fear. Finally, as he struggles to back through a tangle of branches, Merlin grabs him from behind by the throat.

Merlin: What are you afraid of?

Merlin: Shall I tell you what’s out there?

Merlin: The dragon. A beast of such power that if you were to see it whole and complete in a single glance, it would burn you to cinders.

Arthur: Where is it?

Merlin: It is everywhere. It is everything. Its scales glisten in the bark of trees. Its roar is heard in the wind. And its forked tongue strikes like… [lightning strikes]

Merlin: Do nothing. Be still. Sleep. Rest in the arms of the dragon. Dream.

In the movie, the Dragon never makes a physical appearance, only the signs of his presence can be seen – fog representing his breath, lightning representing his tongue, snakes and lizards representing his form, etc.. “The Dragon,” represent our deepest fears. The boy king, Arthur, facing an uncertain future, fills his mind with projections of negative events. Most of the great knights want to kill him and take his crown. His inexperience in politics and governance fill him with a feeling of dread for his minds projected future.

Merlin’s words suggest that coming to terms with your fear, accepting your fear, surrendering to your fear, “resting in the arms of the Dragon,” transmute your fear into peace and allow you to draw from a deeper strength.

In life, all anxiety, dread, nervousness, and fear, are the result of a mental projection of the future. But the future is always a phantom, always an unknown, it doesn’t exist. It’s an imaginary dragon that you choose to look at. By totally surrendering to your fear and accepting it for the apparition that it is, you quiet your mind and allow yourself to draw from the well of strength and inner peace. Once in that place, you can take logical action.

An exhausted Arthur falls into a deep peaceful sleep after listening to Merlin’s advice. The next morning, Merlin wakes to see Arthur confidently wielding the Excalibur over his head and chopping at weeds as if slaying imaginary foes. Arthur’s acceptance and total surrender to his fear allowed him to come to grip with the circumstances of the present moment. With a quiet mind, Arthur then takes the next logical step toward quelling his kingdom.

It’s amazing how this simple acceptance can transmute your deepest fear into an equally deep peace that serves as a base for strong, decisive action. Whenever worry, anxiety or fear begin to creep into your being, try to remember Merlin’s wise words. Watch your fear indifferently, accept it totally, and try to surrender completely to those things which are beyond your control. Rest in the arms of the dragon.