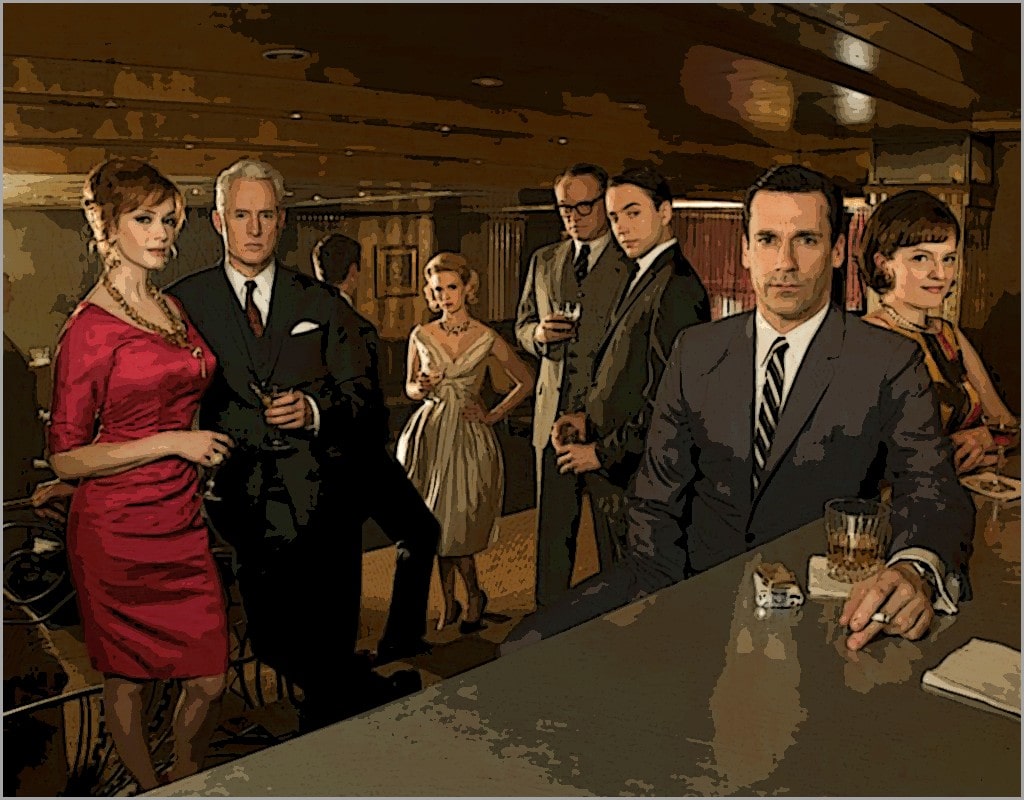 What’s wrong with social roles? Social roles make life so much easier. Men and women know what they’re supposed to do. There’s no ambiguity. The enormous popularity of A&E’s series Mad Men (Madison Avenue Men), owes much of its success to equal parts nostalgia and politically incorrect cringing. Viewing audiences experience a curious, mixed bag of conflicting emotions. The formula works and draws viewers back week after week for another dose.

The series revolves around Don Draper, a flawed, yet seductive advertising executive. Don struggles weekly to control his personal demons while trying to build a Madison Avenue ad agency against a backdrop of tremendous social change and upheaval.

Everyone loves Don. Women want him and men want to be him. He drinks constantly and openly at work, … and everywhere else for that matter. He chain-smokes Lucky Strikes, confidently lighting each smoke with a vintage Zippo lighter. No woman can resist his alpha demeanor and dashing good looks. He does and takes what he wants. He has a beautiful house and a wife and three children in the suburbs. He works late, parties with his colleagues and clients, even stays overnight in the city whenever he wishes. His wife is beautiful, trusting, and obedient. He always has a mistress on call.

Don gets away with it all because he’s a brilliant adman and a good provider. His family wants for nothing and he’s the “go-to” pitch guy at work when an account needs “special attention”. His ad presentations are legendary. Drawing on emotional experiences from his dysfunctional childhood, he imbues each consumer product with emotional appeal. In the process, Don drags his agency into the modern marketing era. He epitomizes the successful 1950s/1960s era male executive.

Don’s female counterpart at the agency is Joan. Joan is a redheaded, busty bombshell. She uses her sexuality to open every door. She knows the rules of the office place and presides over her secretarial pool like a madam. She implicitly understands the game being played and rigidly abides by the rules. It’s the women’s job at the office to serve the executives and to protect them from themselves. This includes not only typing and filing, but also screening them from the public, covering for them when they make mistakes, and above all, keeping their office shenanigans private. She sees men as simple creatures and has fun with it. Her instincts serve her well. She uses her sex appeal to get what she wants, then uses that leverage to make her victims pay dearly.

Both Don and Joan wind up partners in the firm, by playing different roles. What’s wrong with that? It sure seems like a lot more fun than the “politically correct” office place of our time.

Today the “sensitivity police” have “homogenized” the social roles between men and women to the point that nobody knows who they are anymore. Men are afraid to be masculine, and women are afraid to be feminine. I don’t know if it’s right or wrong, but it sure isn’t as much fun.