Captain Willard Gets His Mission 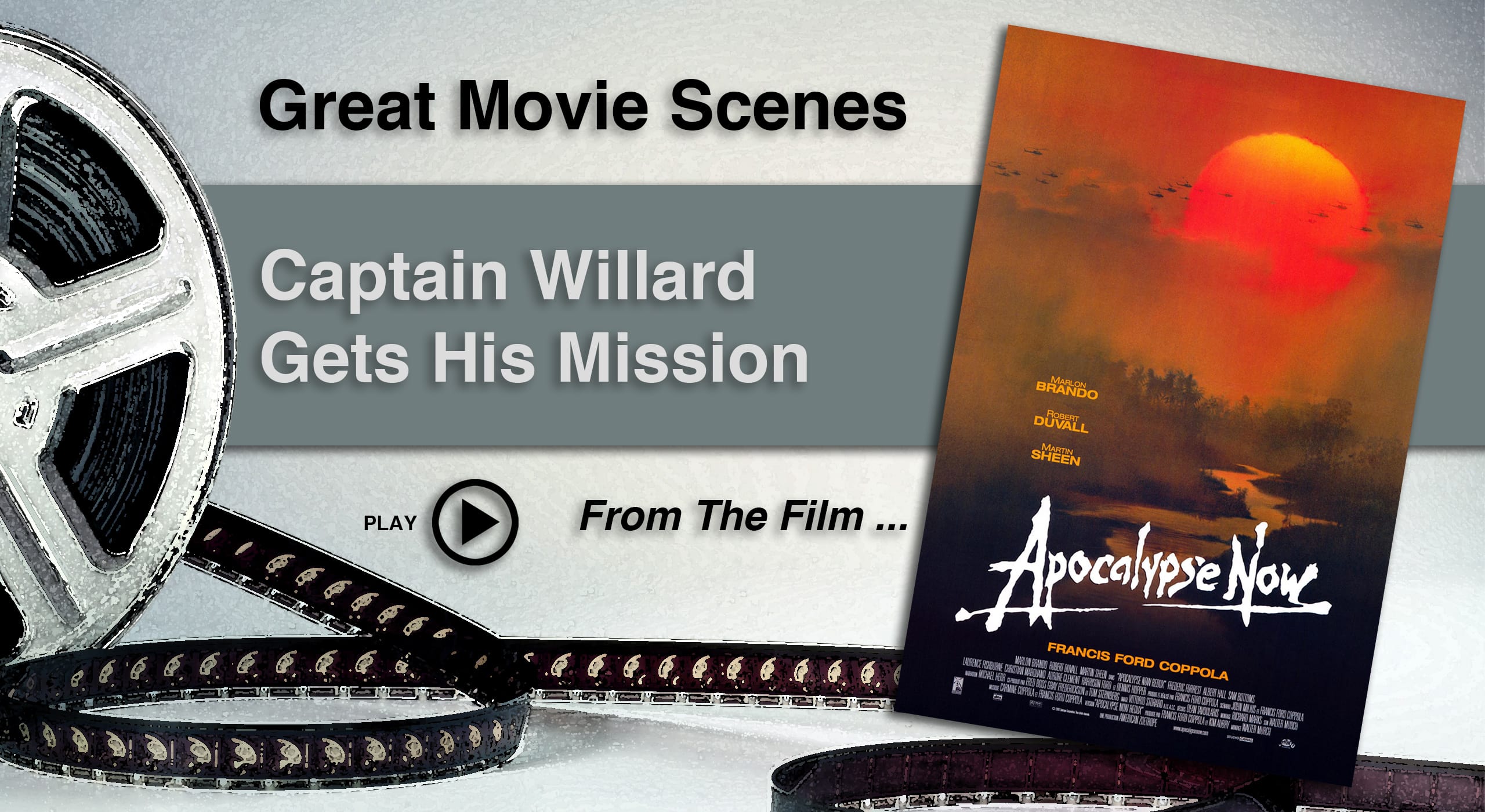 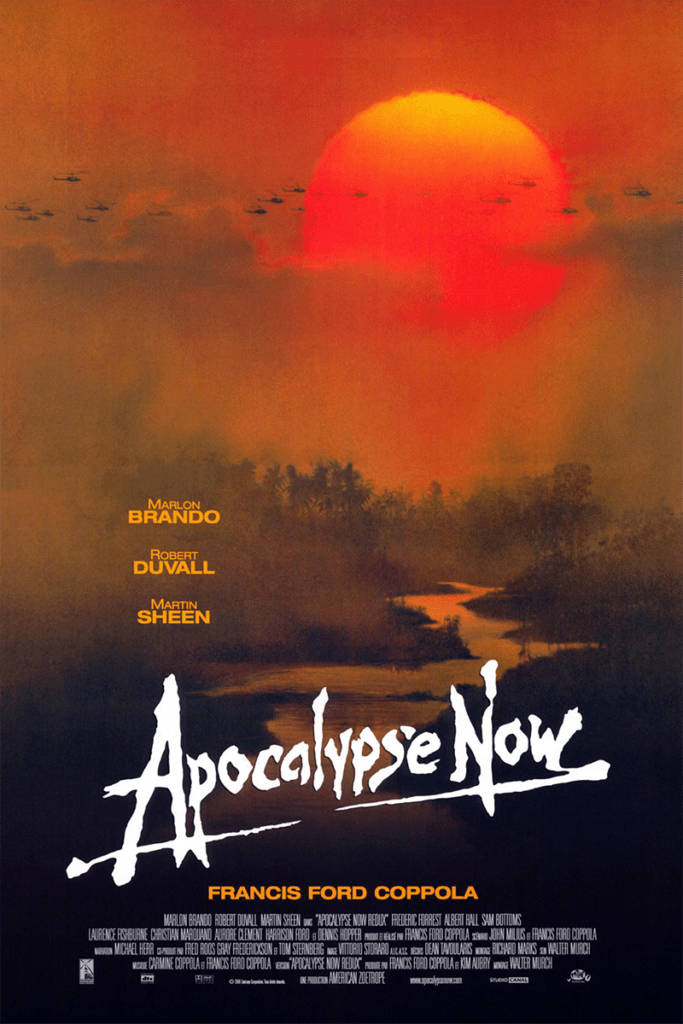 So much has been said and written about Apocalypse Now, that it’s really hard to add anything. It’s a brilliant film and always scores in the top films of all time. It’s the kind of film you can watch over and over and still see something new around the edges every time. I’ve watched it at least 25 times and I didn’t realize that Scott Glenn played Lieutenant Colby until my last viewing. Another revelation was that the Naping of the palm trees in the opening of the movie is the same scene as the napping of the palms behind the village in the “surf scene”.

The film was a Herculean effort by writer/director Francis Coppola and the performances are stellar. Marlon Brando as Col. Kurtz, Martin Sheen as Captain Willard, Robert Duvall in his iconic portrayal of Col. Kilgore. Frederic Forrest as Chef, Albert Hall as “the Chief, Sam Bottoms as Lance, a very young Laurence Fishburn as “Clean”, Harrison Ford, G.D. Spradin, and Who could forget Dennis Hopper as the crazy photographer?

I originally saw the film in 1979 – four years after the end of the war. I was about 20 – the same age as many of the soldiers in the movie. The nightly news clips of the war were still fresh in my memory and the film scared the hell out of me. Growing up, I was sure I was going to have to go, and it was disconcerting to suggest that the people at the top were so out of control.

The film is one great scene after another – too many to cover here. Willard accepting a cigaret, symbolically accepting the notion of “terminating the Col. Kurtz’s command.” Kilgor drinking coffee durning the village battle as if he were commuting to his office. The GI who was really in charge at the Do Long bridge.
When you mention the movie in conversation however, inevitably the line that always get’s quoted is …

(I love the smell of napalm …)

… A great line to be sure, but an even better line follows; a line that doesn’t get much attention but gives even more inside into the character…

(Someday this war is going to end.)

But of all the scenes of the movie, the most powerful and the one that sticks with me the most is the opening scene – the tormented Captain Willard waiting for his mission. When I first saw the movie, I was disturbed by it, but I really didn’t understand it. As I got older, I realized that a man without a mission is a man without purpose.

When Captain Willard first appears, he’s upside down on the screen. His life is upside-down. He has nothing outside the military and without a mission, he has no purpose.

Willard is a assassin. He’s been given a “license to kill.” but unlike the fictitious James Bond, nobody knows how he takes his martinis. In fact, nobody knows of him at all. He lives an invisible life, unable to talk to anyone about what he does or how he does it – not his wife – not his employers.

His “missions” are addictive adrenaline rushes that give him his only sense of purpose. It’s easy to forget your sins when you’re preoccupied with staying alive. R & R allows too much time to think about the darker side of his nature. It’s mental torment, a bottomless pit that no amount of alcohol or sex can fill.

The opening scene gives us a glimpse of Willards state. He’s up for what appears to be days, eating, drinking, killing time, and reflecting on the state of his empty life.

Then, he gets what he wants.

Willard initially misunderstands the purpose of the soldier’s visit. He’s unable to remember the previous days and believes he’s in trouble. But when the soldiers hand him his orders, he’s immediately overcome by a sense of relief, not because he’s not in trouble, but because he suddenly has a purpose again. He has a mission. All of his torment vanishes and falls into a deep sleep, resting, once again, in the arms of purpose.