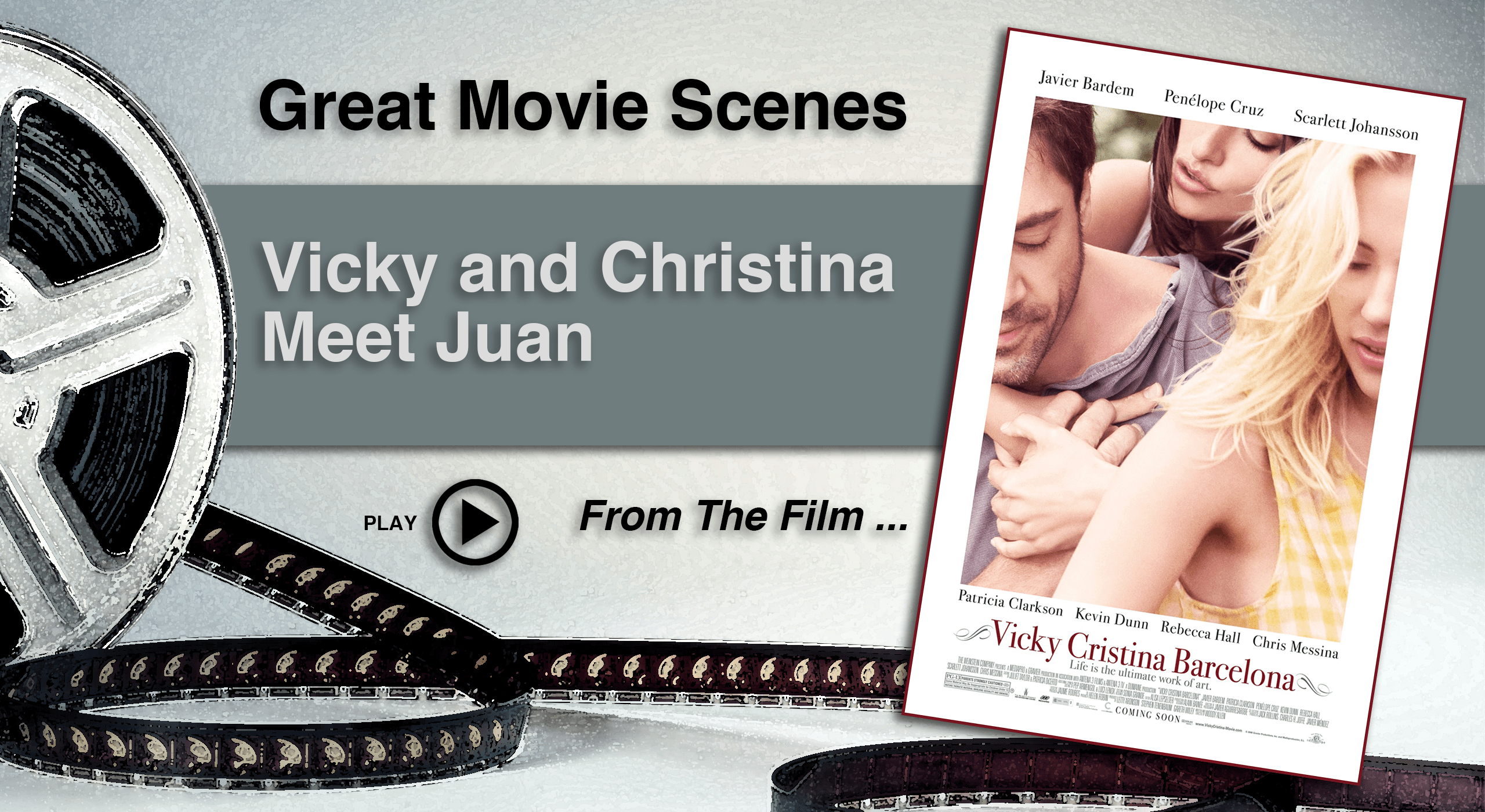 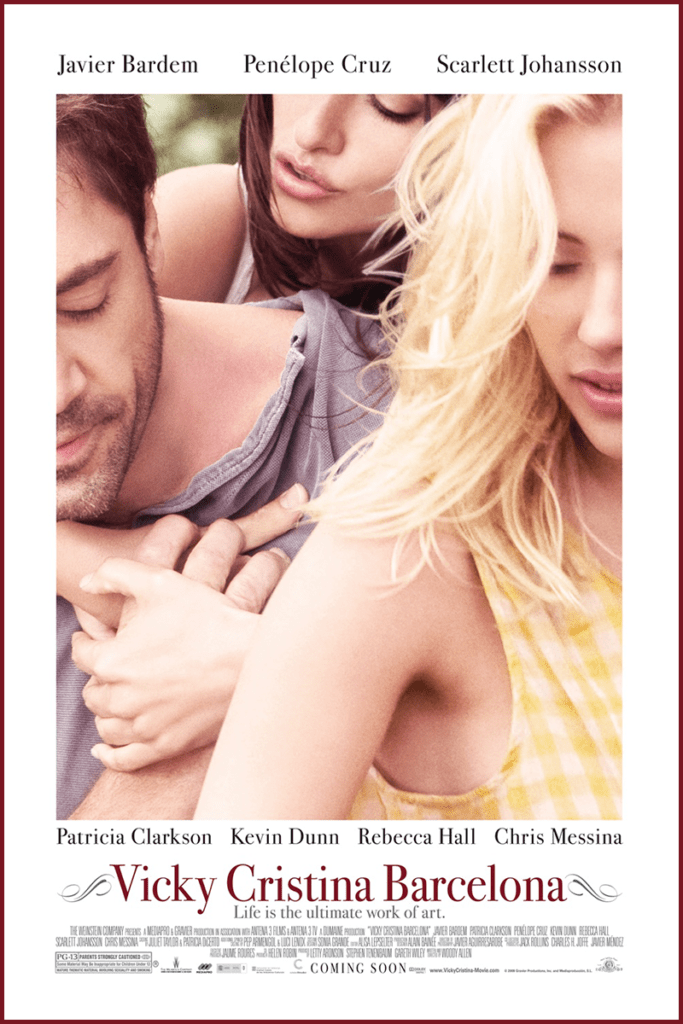 This clip, is primarily for men. If you’ve ever had problems meeting women, this clip demonstrates exactly the attitude you should have. It’s from the Woody Allen masterpiece, Vicky, Christina, Barcelona and I never get tired of watching it.

No matter what you think about Woody Allen, if you haven’t seen this film, put it on your shortlist. Woody wrote and directed it, but he isn’t in it. There isn’t even a manic “woody” character in it. Instead, it’s a nuanced character study of love, dating, relationships, and desire, against the backdrop of passionate and romantic Barcelona, Spain. The film features inspired performances by Rebecca Hall, Javier Bardem, Scarlett Johansson, and one of the funniest “crazy woman” performances I’ve ever seen, by Penélope Cruz. The plot is simple, two young, sexy, intelligent women are on a summer holiday in Barcelona; both fall for the same “bad boy” painter Juan Antonio (Javier Bardem). The adventurous Christina (Scarlett Johansson), falls for him immediately, the engaged and conservative Vicky is seduced over time by Juan’s depth and sincerity.

Like many of Allen’s films, it’s preoccupied with desire, asking the question, “Why do we like what we like? What is it about another person that seduces us?, and what keeps relationships together?

In this scene, Vicky and Christina meet Juan Antonio for the first time.

Rebecca Hall plays Vicky pitch-perfect. Her “over the top” nervousness gives us an indication of how this will all play out. Her anger at Christina’s “recklessness” is really a “tell” – she secretly desires more adventure in her life, but lacks the courage to follow her desire. She’s engaged to a safe, but vanilla, New York executive (played pitch-perfect by Chris Messina).

Woody Allen has made over 40 films, about 10 I consider masterpieces. Vickey, Christina, Barcelona, is is one of them. It’s funny, intelligent, and insightful.

The girls eventually do go to Ovietto and the plot thickens. I won’t, however, spoil it for you here. But if you like romantic comedies, put this movie on your shortlist. If you like these clips and analysis, don’t forget to click the subscribe button and click the little bell so you’ll be notified when he next clip comes out.